If Michael Bolton thought he’d slow down the ticket sales to the 10th Stories From The Heart (SFTH) live storytelling Perth event, he was wrong. In fact, he probably wishes he’d come (he was playing the same night, not far from the venue).

Live Storytelling Perth: Where it all started

Stories from the Heart™ kicked off in March 2016 with the first event welcoming a very intimate 25 attendees. This 10th live storytelling Perth event in June 2018 retains all the closeness of the Perth Storytribe but has grown exponentially, and – as usual – the event is booked out weeks in advance and the vibe is buzzing downstairs at the Brisbane Hotel while we wait to traipse upstairs to Lazy Susan’s Comedy Den. To date, over 160 people have stepped onto the SFTH stage and told a story – funny, heartfelt, nervous, bold, terrifying, soul-shattering. And the main benefactors of the stories? You’d think it might be the audience, but alongside them, SFTH have donated over $11,000 to charities – from Kiva, Prostate Cancer Foundation to RUOK, the Cancer Council and HeartKids – who were also the recipients of profits from the first SFTH collaborative book. It all adds up to a tangibly impressive ambience ready for the 10th event to kick off.

No one knows who’s next

Because this event is different. I mean, SFTH is always varied and fascinating, and most of the time, the audience only knows the general theme and possibly a storyteller or two. This one had a totally new format – storytellers put their names in a hat beforehand and no one (not even seasoned presenter Lisa Evans) knows who will be drawn out. It’s a Story Slam. As someone who has been on the SFTH stage. twice, I can barely imagine the adrenaline for the performers not knowing if they’ll even step on stage, or when.

Besides the thrill of the new concept and the hum of the audience, there’s something else special happening at this event – special guest poet and author Maddie Godfrey is on the performer list. Maddie has been described as “a poetry fireball”.  At 22, she’s performed at Sydney Opera House, Royal Albert Hall, and TEDx Women Glastonbury Festival. In 2017 she was a writer-in-residence at St Paul’s Cathedral in London. her debut poetry collection ‘How to Be Held’ has published by Burning Eye Books (UK). And I just happen to be sitting in the direct line of fire for her “Kissing” poem. Which was fine with me. No one’s looked right at me and recited poetry before. OK, she couldn’t see me from the lights of the stage, but it still counts as my Top 10 Things That Happened in 2018. 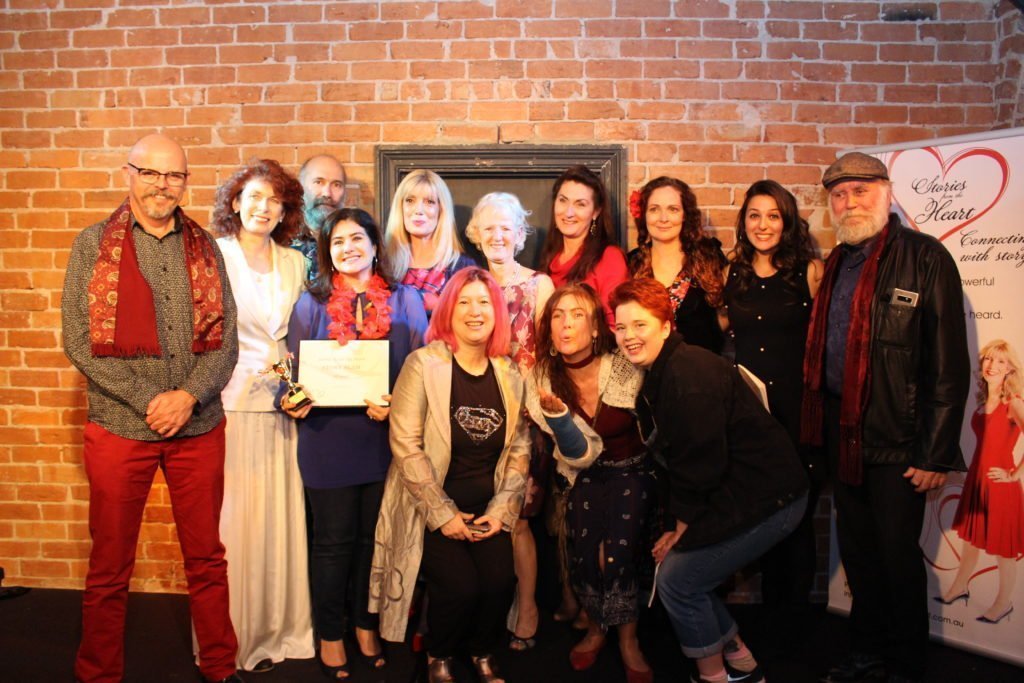 From seasoned pros to new on stage

As usual, the storytellers don’t disappoint. Some are seasoned pros and some are new to the stage – but everyone’s in the same boat: intimate space, supportive audience, story from the heart. As always, there’s an overlying theme – this time it’s “Promises” and stories range from the swift pivot heart smash when a 7-year-old boy goes to buy lollies with his sister and finds himself in a boys’ home to a mother’s story about a fish hook through her son’s eyelid.

We hear how a grandmother shows her granddaughter what it looks like to shine from the inside, how to keep promises to oneself, a dropped lipstick ending in a broken wrist, and how to emigrate to Australia because you’ve made too many promises to too many women in the UK (and also how to propose to a woman in a sea of penguins in the Antarctic). Questions around the validity of Santa arriving on a fire engine, how to make promises to oneself and then make them happen, and the stories we make to the people we love at the end of their lives. How promises can be a tremendous gift. Promising your unborn children a father “all the days of their life”, learning about promises by absorbing the “sparkiness” of women in an aged care home. A blue bicycle. Burlesque dancing. Arial yoga. A promise to live like “Stella”.

And then – another new twist – for the first time in SFTH there’s a winner. Scattered throughout the audience are anonymous judges and while Lisa shines a spotlight on the volunteers – front of house, photographers, videographers, bloggers, and the work she puts in pro bono to mentor and support speakers, backstage the scores are being tallied.

The winner. A story about dreams crashing down after a spirited performance by a little girl channelling the famous burlesque stripper – Gypsy Rose Lee. A promise to a Pakistani father that “she’ll never dance like that again.” Keeping that promise – until she wins the disco dance queen of Grade 5 with an interpretive dance to Kate Bush.

The crowd is in stitches. Hands are sore from clapping so hard. There is laughter and drying eyes and people making friends in the audience. It’s a slightly different concept this time but the emotion is the same. Tonight might have been full of surprises but it’s also full of heart. No wonder it sells out every time.

The next live storytelling Perth event is on Friday 19 October, the theme is DIFFERENT and all profits will go to Telethon Speech and Hearing tickets here 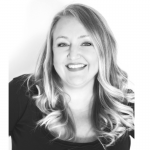 Jay Crisp Crow is an award-winning copywriter, editor and copy coach working with women in enterprise around the globe. She has built an incredible career based on the art of writing words that sell. 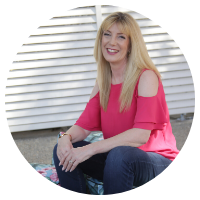